Our designer has compiled a list of her favourite reads that are ideal for lounging by the fire, or pool - depending on where you are in the world! There is something so therapeutic about reading multiple novels cover to cover with a cup of tea or a cold G&T while the sun goes down. These are her picks of the 8 best books to take on holiday with you this year or any year.

All of these People by Fergal Keane

In a memoir of staggering power and candour, award-winning journalist Fergal Keane addresses his experience of wars of different kinds, some very public and others acutely personal. Keane’s existence as a war reporter is all that we imagine: frantic filing of reports and dodging shells, interspersed with rest in bombed-out hotels and concrete shelters. Life in such vulnerable areas of the globe is emotionally draining, but full of astonishing moments of camaraderie and human bravery. And so this is also a memoir of the human connections, at once simple and complex, that are made in extreme circumstances. These pages are filled with the memories of remarkable people. At the heart of Fergal Keane's story is a descent into and recovery from alcoholism, spanning two generations, father and son; a different kind of war, but as much part of the journey of the last twenty-five years as the bullets and bombs. 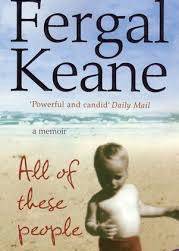 The Barefoot Investor by Scott Pape

This book will show you and yours how to create an entire financial plan that is so simple you can sketch it on the back of a serviette … and you'll be able to manage your money in 10 minutes a week. You'll also get the skinny on: Saving up a six-figure house deposit in 20 months; Doubling your income using the 'Trapeze Strategy', Saving $78,173 on your mortgage and wiping out 7 years of payments, Finding a financial advisor who won't rip you off, Handing your kids (or grandkids) a $140,000 cheque on their 21st birthday & Why you don't need $1 million to retire … with the 'Donald Bradman Retirement Strategy'. 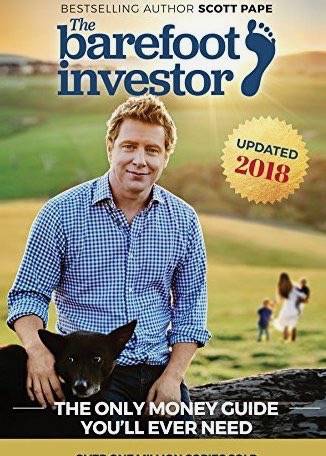 The Constant Gardener by le Carré

The Constant Gardener is a magnificent exploration of the new world order by one of the most compelling and elegant storytellers of our time. The novel opens in northern Kenya with the gruesome murder of Tessa Quayle--young, beautiful, and dearly beloved to husband Justin. When Justin sets out on a personal odyssey to uncover the mystery of her death, what he finds could make him not only a suspect among his own colleagues, but a target for Tessa's killers as well. 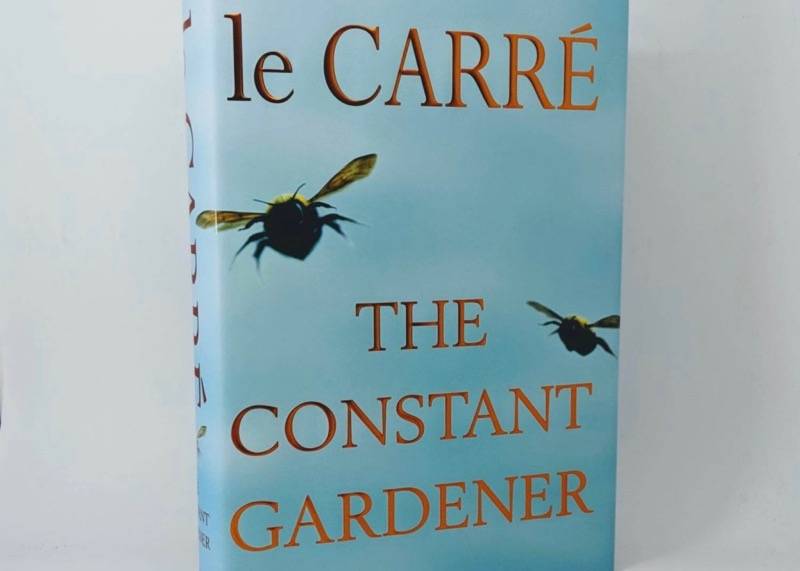 The Middle Passage by James Hollis

The Middle Passage presents us with an opportunity to reexamine our lives and to ask: "Who am I apart from my history and the roles I have played?". It is an occasion for redefining and reorienting the personality, a necessary rite of passage between the extended adolescence of the first adulthood and our inevitable appointment with old age and mortality. It is a wonderful read and understanding of who we are and what defines us. 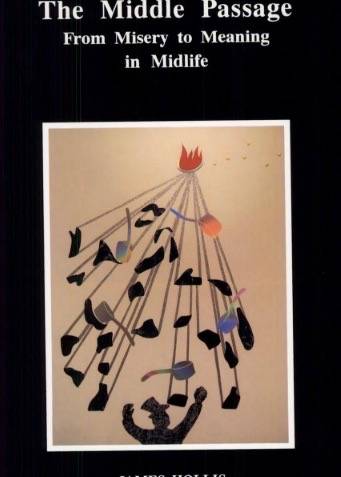 The Tattooist of Auschwitz by Heather Morris

A vivid, harrowing, and ultimately hopeful re-creation of Lale Sokolov's experiences as the man who tattooed the arms of thousands of prisoners with what would become one of the most potent symbols of the Holocaust, The Tattooist of Auschwitz is also a testament to the endurance of love and humanity under the darkest possible conditions. 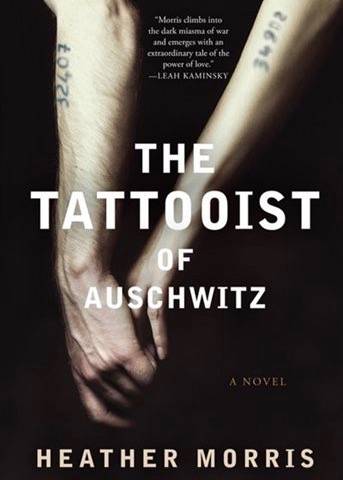 At the age of thirty-six, on the verge of completing a decade's worth of training as a neurosurgeon, Paul Kalanithi was diagnosed with stage IV lung cancer. One day he was a doctor treating the dying, and the next he was a patient struggling to live. And just like that, the future he and his wife had imagined evaporated. When Breath Becomes Air chronicles Kalanithi's transformation from a naïve medical student "possessed," as he wrote, "by the question of what, given that all organisms die, makes a virtuous and meaningful life" into a neurosurgeon at Stanford working in the brain, the most critical place for human identity, and finally into a patient and new father confronting his own mortality. It is a very touching read. 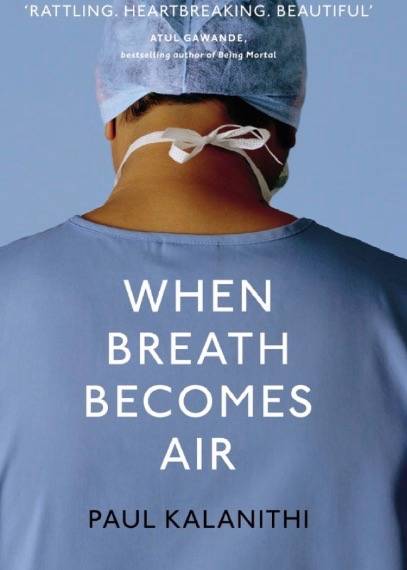 Freedom at Midnight
by Larry Collins and Dominique Lapierre

A famous, major work on Gandhi, Jinnah, Nehru, Admiral Lord Mountbatten, and the partition of India. The electrifying story of India's struggle for independence, told in this classic account (first published in 1975) by two fine journalists who conducted hundreds of interviews with nearly all the surviving participants – from Mountbatten to the assassins of Mahatma Gandhi.
Growing up in Ireland (1979) in the time when Lord Mountbatten was sadly assassinated on his holiday in the West, I had particular interest in knowing his role in India at the time this major work addresses. I learnt so much more than that. 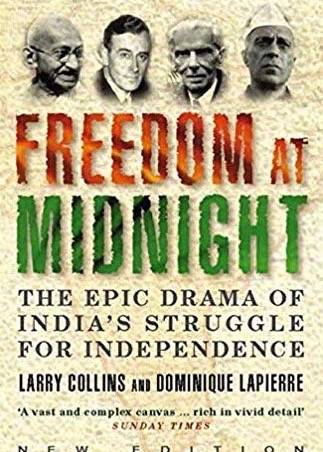 Born out of wedlock to a teenage girl cast out from her rural Irish community and adopted by a well-to-do if eccentric Dublin couple via the intervention of a hunchbacked Redemptorist nun, Cyril is adrift in the world, anchored only tenuously by his heartfelt friendship with the infinitely more glamourous and dangerous Julian Woodbead.
At the mercy of fortune and coincidence, he will spend a lifetime coming to know himself and where he came from – and over his three score years and ten, will struggle to discover an identity, a home, a country and much more. In this, Boyne's most transcendent work to date, we are shown the story of Ireland from the 1940s to today through the eyes of one ordinary man. The Heart's Invisible Furies is a novel to make you laugh and cry while reminding us all of the redemptive power of the human spirit. A very insightful read on the Ireland of my youth. It has changed so much. 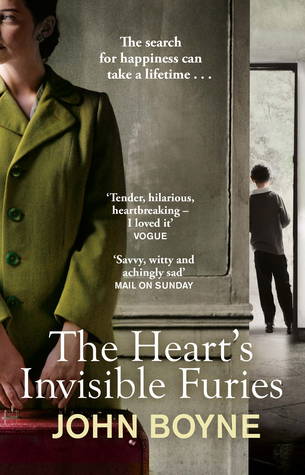 Hope you enjoy these books as much as I did, have a lovely holiday!
Caoimhe 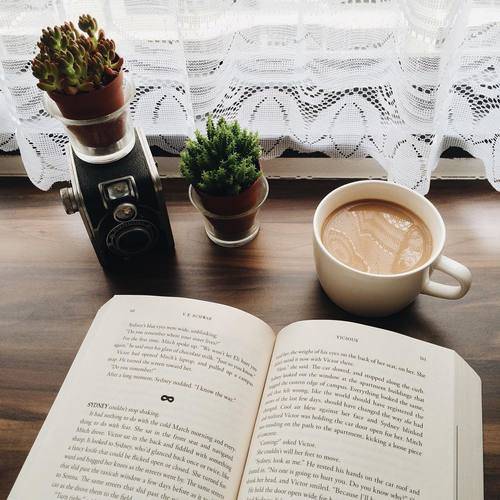 In The Press
Enter by April 3rd to win a selection of our homeware collection!
Read More

Sign up to get the latest on sales, new releases and more …